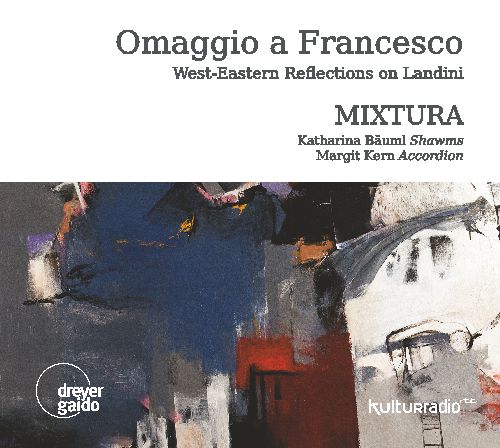 Since their first joint CD project in 2011 Katharina Bäuml (shawm) and Margit Kern (accordion), as the ensemble Mixtura, have developed programmes, which combine music of the Middle Ages or the Renaissance with specially commissioned pieces of New Music. Their precept is the examination of one certain starting point, which, in the course of the programme, combines both musical fields with each another. Their present album looks at a musical icon of the Trecento and examines to what extent the themes of the 14th century are compatible with today’s attitudes and aesthetics.