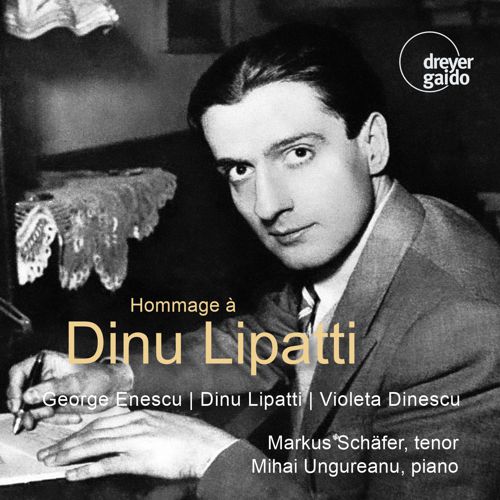 Dinu Lipatti – even today this name immediately elicits a murmur of admiration from musicians. Dinu Lipatti, one of the greatest pianists of the 20th century, whose interpretations, with their authenticity and clarity, have led to an admiration which borders on the mystical. “It was no longer piano playing, it was music, released from all earthly weight” (Herbert von Karajan). This CD leads us firstly from Lipatti, who was also a composer and whose two song cycles are the central works of this CD, to the Sept Chansons of his patron George Enescu. Secondly we come to Violeta Dinescu. Even today she is so fascinated by Lipatti’s playing and his “incredible richness of colours” that, in 2017 for his 100th birthday, she dedicated her Song Scene “Mein Auge ist zu allen sieben Sphären zurückgekehrt …” [My eyes returned through all the seven spheres …] to him. Thus, this CD, which comprises of works by these three Romanian composers, can be seen as a Hommage à Dinu Lipatti, whose fame as a pianist leads us easily to forget that he was also a notable composer.