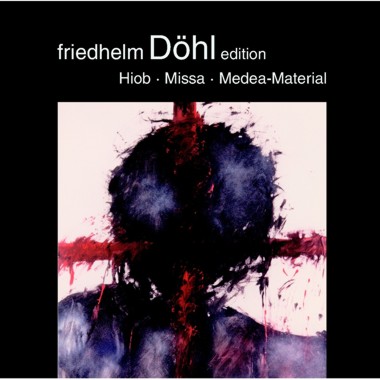 If one looks through the works by Friedhelm Döhl, it is apparent that there is hardly any ‘sacred’ music in the narrowest sense of the word. There are many compositions where there is a sacred (spiritual) element, such as in some of the songs or ‘subcutaneously’ in some of the instrumental or orchestral works e.g. in ‘Melancolia’ , ‘Tombeau’, ‘Passion’, - and, above all, in ‘Requiem’, but even here this is not with reference to the traditional Christian liturgy, rather more as a query from the wings, as it were ‘extra muros’, moreover, it is an ‘inner dialogue’ between Celan and Nelly Sachs. The ‘Orgelmesse’ [Organ Mass] - with its movements Kyrie, Gloria, Offertorium, Agnus dei and Ite missa est, all composed over the space of 25 years - bears the subtitle ‘Fragment’, which expresses something breakable, where there are more unanswered questions than conclusive statements.

The works on this CD are in a way also ‘extra muros’, and yet each of them - in completely different ways - was originally conceived for the church, in the concrete external sense (Church building) as well as in the figurative spiritual sense. HIOB [engl. JOB] as the juxtaposition of lamentation and theodicy, MISSA as the ‘Passion’ of an ‘outcast’ (Medea) and POSAUNEN IM RAUM [engl. TROMBONES IN SPACE] (Medea-Material) as a sounding ‘cosmos’, archaic and ritualistic. - The 3 compositions are also conceivable outside the church, and have - in the case of ‘Missa’ and ‘Posaunen im Raum’ - been so performed many times.