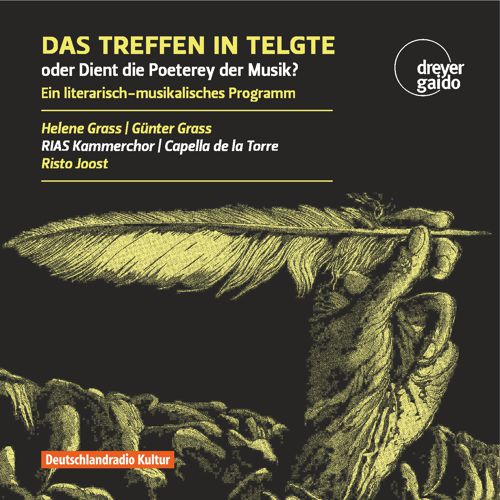 In his story “Das Treffen in Telgte” [“The meeting in Telgte”] Günter Grass has created a fable in which he describes the situation of literature from the point of view of a critical observer and commentator of the historical events. The story about an encounter between authors in 1647, which was initiated by the poet Simon Dach from Königsberg, takes place in a mill in Telgte, Westphalia, not far from Münster, where the Treaty ending the Thirty Year War was signed one year later.

After almost 30 years of war the plea for peace in the middle of the 17th century was the one which dominated all others. Whether in poetry or in music, it was omnipresent. (Bernhard Heß/ RIAS Kammerchor)
The author and his daughter, the actress Helene Grass, read from the story “Das Treffen in Telgte”. Poems and instrumental and vocal works by the 17th century poets and composers named in the text, such as Claudio Monteverdi, Heinrich Schütz, Michael Praetorius, Johann Crüger and Heinrich Albert, can also be heard.

“What we have heard today is a wonderful collaboration between words and music.”
Günter Grass

A co-production of Deutschlandradio Kultur and Dreyer Gaido Musikproduktionen